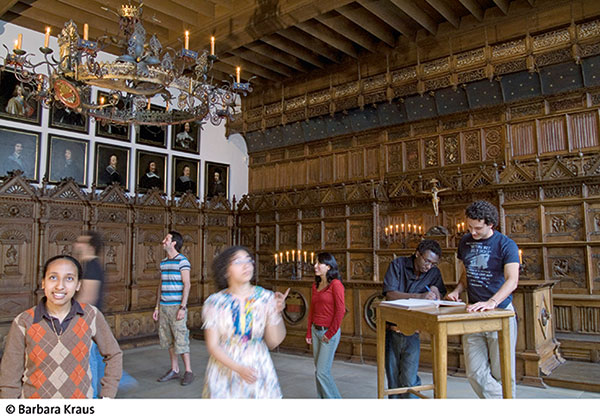 It was in the Hall of Peace in Münster’s historic Town Hall that the Spanish-Dutch peace treaty was signed on 15 May 1648 to end the Thirty Years’ War. The hall was originally a council chamber, the Renaissance wood panelling dating back to around 1577. The Hall of Peace also contains a gallery, purchased by the city council in 1649, showing the portraits of the delegates. The interior décor of the Hall of Peace was removed and stored during the Second World War and later faithfully reconstructed.

Your advantage with the münstercard: